Vitamin E is a fat-soluble vitamin that has eight chemical forms (4 tocopherols and 4 tocotrienol). The two most significant forms for humans are alpha and gamma tocopherols. They are major direct antioxidants along with vitamin A, vitamin C and the carotenoid phytochemicals.

Biochemical roles in the body:

Vitamin E ‘s direct antioxidant properties are due to its ability to donate a hydrogen atom (a proton plus electron) to free radical and reactive oxygen species formed when fat undergoes oxidation. It thus protects the DNA from mutagens. It also has anti-inflammatory and is important for a healthy immune system. Vitamin E has some enzymatic activities, which help smooth muscle growth, has a role in eye and neurological functions and inhibits platelet coagulation.

Severe Vit-E deficiency is rare and is usually caused by malabsorption of fats caused by bowel surgery, disease of the bowel, such as Crohn’s or diseases of the pancreas (which produces the enzymes required to absorb fat from the gut). Severe deficiency can cause neuromuscular problems such as ataxia (loss of balance and poor movement, muscle and nerve damage, anaemia, impaired immunity, eye damage and infertility. More relevant issue is that moderate vit-E deficiency over long periods of time may increase our susceptibility to mutagenic carcinogens.

There is no doubt that maintaining adequate vit-E levels, will have long term benefits for health particularly related to degenerative conditions. Vit-E deficiency has been linked to increased complications from diabetes such as foot ulcers. The relationship with cancer is not so straight-forward. In laboratory studies tocopherols have been shown to prevent less aggressive tumours changing to a more aggressive type (differentiation). An RCT conducted in France studying a daily capsule supplement of a combination of low dose antioxidants (ascorbic acid 120mg, vitamin E 30 mg, beta-carotene 6 mg, selenium 100 μg, and zinc 20 mg found a reduction in cancer, after 7.5 years, in men but not women. Further analysis of dietary patterns of the male participants in the trial revealed that many were likely to have had deficiencies in these vitamins which would explain the benefits. In another interventional trial, four different combinations of daily mineral and vitamin supplements were administered to 29,584 adults in Linxian, China, at a time when its population was known to have widespread micronutrient deficiencies. The study found a reduced risk of esophageal cancer after 5 years of supple- mentation for the group receiving supplementation with beta-carotene, vitamin E and selenium. 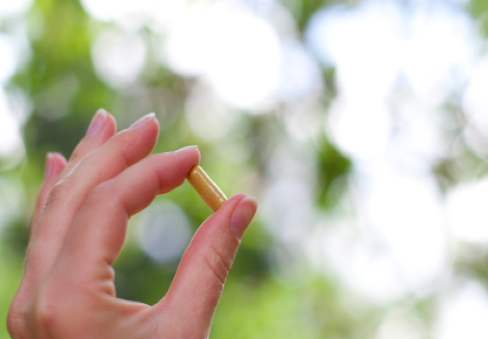 The health benefits, above, relate to correcting deficient levels of vit-E which is clearly appropriate and advantageous. There are, however, considerable concerns about over-correcting serum vit-E levels. The Alpha-Tocopherol, Beta-Carotene cancer prevention trial (ATBC) involved 29,133 male smokers taking vitamin E (alpha-tocopherol) and vitamin A (Beta-carotene) or a placebo. After several years follow-up the treatment group had a statistically significant reduction in the incidence of prostate cancer but the incidence of lung cancer, the main trial end point, was higher. The Health Professional Follow-up Study (HPFS) supported the beneficial effect on prostate cancer, amoung smokers. The likely explanation for this is that smoking is reduces serum Vit-E levels. The relationship between smokers, the risk of prostate cancer and vitamin E was confirmed in the Cancer Prevention II (CPII) Nutrition Cohort study. As well as a detailed dietary history, this study also measured participants’ blood levels for vit-E. It showed that blood vitamin E was indeed lower in smokers, and that there was a correlation between low blood vitamin E levels and higher incidence of prostate cancer. This correlation was particularly high with the isoform of vitamin E called gamma-tocopherol which is the main vitamin E found in health foods, as opposed to the alpha-tocopherol found in man-made supplements. A further trial involving 5000 patients with diabetes or cardiovascular disease was undertaken, this time in women (The Women’s Health Study). Supplementation with alpha tocopherol demonstrated no reduction in cancer, and the incidence of heart disease was slightly worse. Likewise, in the ATBC study, cerebral haemorrhage risk was also higher in smokers with hypertension who took alpha-tocopherol.

A study from Queensland Australia analysed over a thousand individuals who had been treated for skin cancer. The risk of a further cancer was reduced if individuals ate foods with a high level of dietary vitamin E and other antioxidants compared to those who did not, but individuals who took supplements of vitamin E actually had a higher rate of recurrent skin cancers. The Selenium and Vitamin E Cancer Prevention Trial (SELECT) randomised 43,887 men to one of four groups, selenium supplementation alone; vitamin E supplementation alone; a supplementation containing both, or placebo and demonstrated a significantly increased risk of prostate cancer with vitamin E supplementation compared with the other three groups after at least 7 years of follow-up. Finally a detailed Cochrane meta-analysis in 2011sumarised seventy-eight randomised trials involving 296,707 participants and concluded that vitamin E supplements, as well as other antioxidant vitamins and minerals (beta-carotene, vitamin A, vitamin C, vitamin E, and selenium) had now reduction in mortality and may have increased it.

Although there is widespread use of vitamin E as a topical medication with claims for improved wound healing but a 2015 review concluded that there is insufficient evidence to support these claims.

In conclusion, the published data suggests that vit-E is an important anti-oxidant and low levels increases the risk of chronic diseases including cancer. Levels are lower in smokers, who should take extra care to eat vit-E rich foods. Correcting a vit-E deficiency with low dose supplements is likely to be beneficial but higher dose supplements particularly in serum levels are adequate to start with are harmful and will increase the cancer risk. It is best to concentrate on the vitamin E rich dietary measures, below or better still measure your serum levels and correct accordingly. (Measure your micronutrient levels)

Most vit-E comes from oils within plants either eaten whole or processed within oils. Cold pressed (extra-virgin) oils have significantly better preservation of the vit-E. Fish oil capsules contain vit-E because it is also found in fish but mainly because it is added to prevent oxidation of the oil. 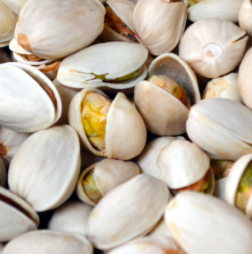