A major scientific review of laboratory and clinic data has been published this month on the evidence fro exercise and caner, in the British Journal of Sports Medicine by  Professor Stacey Kenfield from Southern California and scientists from the Biological and Exercise department in Coventry University.  The paper describes and explains the important biochemical changes which occur after exercise and how these help fight cancer.

Direct effects of exercise and cancer?

Exercise produces numerous transitory and longer term biochemical changes which can protect the body from carcinogens which cause genetic mutations, help repair damage to cells preventing cancer cell formation and help prevent the growth and spread of caner cells once they have formed. In summary, the follow changes can occur:

Exercise can fight cancer via by helping to improve the health of other bodily systems which indirectly influence biochemical pathways:

Are there any potential issues  of exercise and cancer?

There are some factors related to intense exercise particularly cycling  which could potentially have an influence on prostate cancer risk, these include:

How can cyclists reduce their potential increase risk. 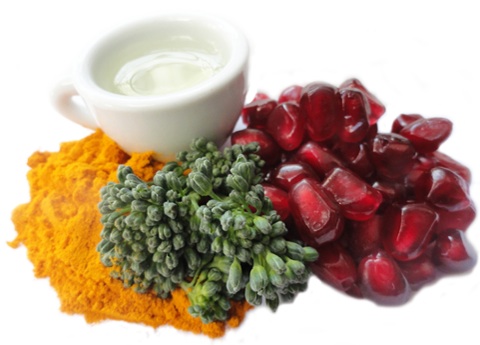 In conclusion, the biochemical changes, which arise after exercise, have significant cancer protection properties and current research, studies linking cycling with an increased risk of prostate cancer are fundamentally flawed. Nevertheless, the generation of free radicals and local inflammation remain potential concerns with intense cycling. Adopting a healthy polyphenol rich diet or taking a whole food polyphenol rich supplement such as pomi-t would be very sensible practice