Why do cancers start? 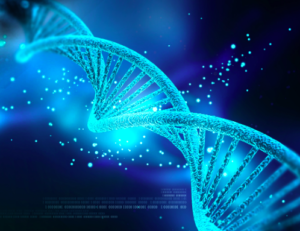 Within each cell in the human body lies a structure called a nucleus, containing strips of material known as DNA. Within these 46 strips of DNA are millions of packages of information called genes. These genes are the codes and templates for all the functions of the entire human body, telling cells when to grow, when to stop and when to die after a precise number of cell cycles to make room for healthy new cells. These growth signalling and checkpoint genes have evolved over the centuries through countless generations to produce the humans we know today. Over this time, however, our genes have picked up a considerable amount of genetic debris from non-fatal mutations generated through spontaneous damage or infections, particularly viruses. Some of this debris includes strips of genes that interfere with growth mechanisms growth, leading to cancer. Fortunately, these mutations are typically kept from doing harm by other genes which lie next to them on the same strip of DNA. These good genes (tumour suppressor genes) guard the body against bad cancer genes (promotor oncogenes). 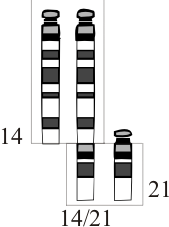 Various types of genetic damage can occur including point mutations, deletions or even copies of strips of chromosomes. They alter the normal sequence of genes, either separating (translocating) the suppressor genes from the promotor genes or placing oncogenes next to genes, causing amplification or overexpression of their function. The first evidence of translocated DNA causing cancer was discovered at Chace Fox Hospital, Philadelphia in 1959. Scientists showed that the cells of Chronic Myeloid Leukaemia (CML), a type of leukaemia, had a translocation of a strip of DNA between chromosome 9 and chromosome 22. Later they were able to successfully target their specific abnormal function caused by this damage with a drug called Gleevec (imatinib).

Numerous other promoter oncogenes have been discovered so far which, when activated, promote development, abnormal growth and spread of many cancers. Targeting the function of these oncogenes with antibodies or drugs such as tyrosine kinase inhibitors has resulted in several successful anti-cancer biological therapies, including:

Many other oncogenes, such as a mutated form of RAS (pancreas, prostate) and Cyclin D1 (head and neck, oesophagus), have been shown to cause cancer and the race is on to develop drugs which target the abnormal metabolic processes caused by their overexpression.

Essentially we are born with the tendency to get cancer – it is part of us! DNA damage leading to amplification or mutated versions of our own genes could result in four scenarios:

Many other pathways are required before these genetically dysfunctional cells develop into full-blown cancer. It has been estimated that standing in strong sun for a few hours will generate over three thousand genetic dysfunctional cells which could go on to form cancer, but these are dealt with efficiently by immune killer cells.

Why do some people get cancer and others don’t?

Some people are fortunate to be born with their cancer genes locked in tightly by stable suppressor genes, resulting in a very robust DNA profile. Others have DNA which can be easily damaged. or worse, have been born with defective genes or repair mechanisms which make cancer almost inevitable. Most people, however, are somewhere in between these two extremes, but whatever risk group you are in, a healthy lifestyle can reduce the odds of cancer forming, delay the age of diagnosis or result in less aggressive types developing. 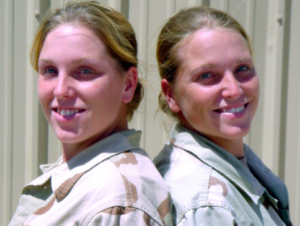 Identical twins can clarify the nurture over nature debate. Due to the common genes that are shared by identical twins, there is an increased likelihood that the twin of a person diagnosed with cancer will suffer from the same disease. Recent studies among Scandinavian twins analysing breast cancer in women found that heritability accounted for 27% of the variation in susceptibility to this form of cancer. Environmental factors that were shared by twins explained 6%, and environmental factors not common to a pair contributed 67%. The most important contributor to the causation of breast cancer is, therefore, non-genetic or environmental, even under circumstances where the genetic background is very similar.

Even if an individual has a defective genetic syndrome which carries an increased cancer risk, the severity of the syndrome can change from one person to another. This is called penetrance and is often affected by other genes which affect similar biochemical pathways. Lifestyle choices also have a considerable influence on how genes are expressed. Other important factors include the strength of an individual’s immune system and exposure to carcinogens.

Unfortunately, some people have genetic defects in their genes which increase the risk of cancer, with these susceptible genes often passed onto future generations. The few inherited cancers that doctors can test for at the moment include those linked with breast, ovarian, bowel and womb cancers. Consider testing if you have: 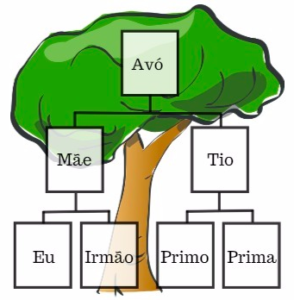 Once the results have been evaluated, medical professionals will discuss strategies to reduce your risk which could include lifestyle advice, having regular screening tests such as mammograms and colonoscopies, or even medical interventions such as drugs or removing organs at increased risk.

There are several classes of germline mutations in genes (genes you were born with) that may be involved in cancer development and promotion. Fortunately, they are rare and, even if present, they can alter in their ability to cause cancer (Penetrance). Only a minority of cancers are caused by germline mutations, with the vast majority (90%) linked to acquired mutations and environmental factors. The main susceptibility genes include:

Conditions linked to TSG include:

These genes keep the bad genes in check, so their normal function is important. However, these genes can either be damaged directly or rearranged from the abnormal genes they are suppressing via damage to the DNA. This lack of control initiates the cancer sequence.

Inherited mutations in oncogenes are rarer, and syndromes are often associated with growth defects, Noonan’s syndrome or multiple adenomas. RAS oncogenes seem to be particularly important as, when activated, they have been shown to promote cancer growth. There does not seem to be any syndromes which enhance RAS expression, but it is overexpressed in many cancers. A prospective trial involving men with low-risk prostate cancer found that RAS oncogenes were down-regulated after exercise and polyphenol-rich foods.

Some genes control pathways which help mend DNA mutations and maintain genetic stability, protecting us from cancer. DNA repair defects are a common cause of inherited cancer susceptibility, and examples include: 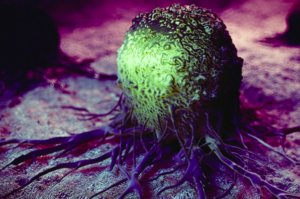 Alterations in genes which are involved in the vascular endothelial growth factor (VEGF) pathway, can lead to abnormal stimulation of blood vessel growth (angiogenesis). Individuals with these mutations either have von Hippel Lindau disease or something similar and are at high risk of rare cancers such as:

People with these mutations require careful monitoring at least annually, but fortunately, treatment of these tumours with anti-angiogenic agents is increasingly effective.

As our understanding of what genetic and biochemical factors cause cancer develops, it is very likely that more chemopreventative strategies will be available, especially in the area of vaccinations against cancers. 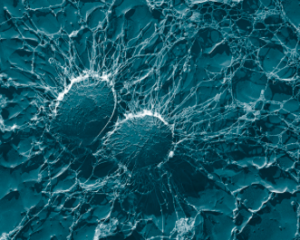 The interaction between the immune system and cancer is complex and extremely important. An intact, functioning immune system is vital in killing thousand of early cancer cells which form every day. For established cancers, a robust immune system ensures the effectiveness of biological therapies that recruit killer cells and other natural weapons. On the other hand, a chronically dysfunctional immune-inflammatory response can increase the risk of cancer and enhance its progression. 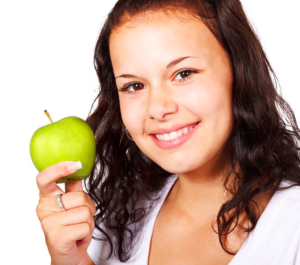 Epigenetics describes a series of processes which alter the expression of both the genes we are born with (germline genes) and the genes acquired by cancers (somatic mutations). Expression means the influence that gene has on the function or growth of the cell. In the normal function of the body, epigenetic mechanisms are essential for normal development and maintenance of tissue-specific gene expression, as they help turn genes on and off at appropriate times.

In terms of cancer, if epigenetic processes increase expression of a tumour suppressor gene and decrease expression of a tumour promotor gene, this would lead to a reduced risk of cancer or slower cancer progression. On the other hand, if adverse factors such as chronic inflammation and continued carcinogen exposure influence the epigenetic processes to switch off suppressor genes and switch on promotor genes, cancer is more likely to develop and progress. 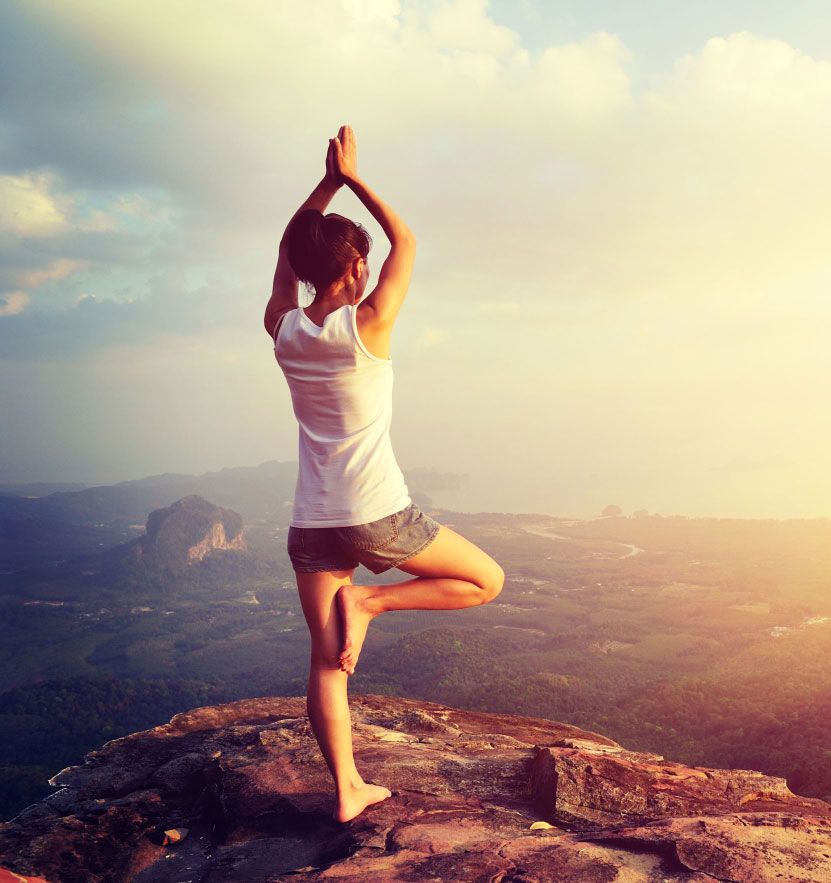 The following lifestyle factors can influence the epigenetic expression of both the genes we were born with and those acquired in cancer cells: