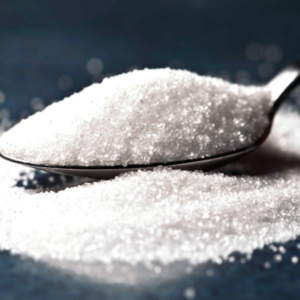 How to lower blood sugar

Processed sugar intake, obesity and lack of exercise significantly increase the risk of type two diabetes (T2D), high cholesterol, heart disease, stroke, cancer and numerous other chronic diseases. This page summarises some lifestyle tips to help you safely and healthily keep your blood sugar within the normal healthy range. If you want a more comprehensive information a full evidence review describing how eating process has such a negative effect on the body has recently been published  – read full evidence review

The first thing to comment on is that whole fruits are very healthy and have relatively low sugar levels compared to processes sugar (see table below). They also contain fibre, minerals and vitamins so should not be avoided. Fruit juices or smoothies, however,  breaks down the healthy structure and increases the speed the sugar hits the blood stream (increases the glycaemic index- GI). Likewise drying fruit also substantially increases the GI and should be avoided especially on an empty stomach.

Try to stop all sweets, mints, toffees or chocolate with added sugar.  Refrain from adding sugar to tea or coffee. Avoid eating foods with added sugar such as  sugary cereals are highest on the list. Sugar free chocolate does exist, which is actually full of healthy minerals and polyphenols. The taste can be improved but eating with some grapes or whole fruits. Particularly avoid any sugar on an empty stomach such as first thing in the morning but eat slow release carbs and fats instead – see how to make an idea breakfast bowl.

Most sugary foods can be easily identified, usually advertises label themselves as “Luxury” or “Treats” or use terms such as “spoil yourself”. Maybe it’s time for governments to step in legislate advertisers to use the truth, although “Treating yourself to fatigue, dental caries, obesity, heart disease, diabetes and cancer” doesn’t have the same ring to it. Sometimes it’s not so obvious where sugar has been added especially as some of these foods my be advertised as healthy – reduced fat ready meals, salad dressings, pasta sources, yogurt or muesli cereals. It is worth reading the label of processed foods such as “ready meals” or even crisps where sugar is often added to supposedly enhance the favour. Some restaurants add sugar to their curries and stews – you can instruct the waiter to ask the chef to omit the sugar – more healthy recipe ideas 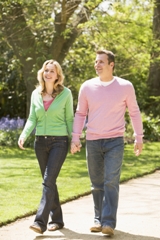 Exercise: It has long been established that exercise reduces plasma insulin levels leading to increased insulin sensitivity in volunteers and athletes, but more recently this biochemical response has been reported in an exercise intervention studies involving breast cancer survivors – If you are interested in reading a comprehensive evidence review on the 180 beneficial biochemical changes which occur in the body after exercise – read more 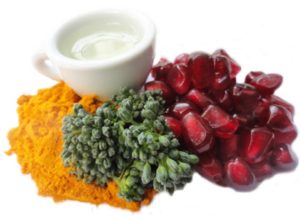 Polyphenols: As well as reducing processed sugar intake there is growing evidence that other dietary factors have an influence on glycaemic index and the negative impact of T2D, in particular, certain colourful foods . Themany foods and have numerous health benefits including lowering the glycaemic index of foods, lowering blood sugar and the risk of diabetes. Good examples wouldse contain natural phytochemicals called polyphenols which also provide the taste and aurora of be turmeric, cinnamon; broccoli, tea, coffee, chocolate, pomegranate, red wine and berries which are linked to a lower risk of T2D – read more about how polyphenols reduce blood sugar

Evidence for polyphenols and blood sugar: The most notable studies included The Nurses’ Health Study, which investigated urinary excretion of eight polyphenol metabolites and found that anthocyanins, flavanones and flavonols as well as the phenolic acid, caffeic acid, were associated with a significantly lower T2D risk. This was in accordance with the Health Professionals Follow-Up Study, which found that higher polyphenol intake was significantly associated with a lower risk of T2D. Both the Women’s Health Study and a large Finnish cohort study reported that apple consumption of ≥1 apple/day showed a lower risk compared with no apple consumption. In addition to these large cohort studies, a laboratory study demonstrated that glucose transport in gut cells was inhibited by flavonoid glycosides and non-glycosylated polyphenols such as epigallochatechingallate, rich in green tea.

How to increase your polyphenol intake? Try to add colour, spice and flavor to every meal. For breakfast, as well as avoiding processed sugar add fruit, berries and nuts. Have salad or leafy green vegetables with every meal and liberally us herbs, garlic, chilli and other spices. The recipies in the cancernet blog provide examples of low sugar, high polyphenol rich meals. In addition, consider a polyphenol rich whole food supplement. Pomi-T is our recommended whole food polyphenol rich supplement – tested in a scientific study, containing purified, high grade, verified broccoli, green tea, turmeric and pomegranate. – More about polyphenol rich food supplements

Timing and food combinations: As well as the type of carbohydrate, the timing and total content of the entire meal has an influence on GI. Carbohydrates eaten alone will be absorbed quicker but eaten with fat, protein, and fibre slows gastric emptying, which has less of an impact on blood sugar levels. Wholemeal bread has a slower absorption, as well as more vitamins and fibre, than typical thin white bread which to add to the insult, often has table sugar added. Whole meal or fava bean enriched pasta as well as al dente pasta have a slower GI than overcooked white pasta. Processed sugars on an empty stomach, such as first thing in the morning, is particularly harmful as they are absorbed rapidly. Conversely, a small sweet dish after a healthy meal will have less of an impact as the stomach has a plenty of other food to slow the gut down. Eating the whole fruit will reduce the impact of the sugar in the juice as the pulp and fibre slow gastric emptying.

Intermittent fasting: In humans, a study involving women with breast cancer, has revealed that overnight fasting 13 hours was associated with a statistically significant, lower risk of breast cancer recurrence, a significantly better sleep and lower levels of glycated hemoglobin (HbA1c), which is a measure of average blood sugar levels over a period of months.  Another small study with female volunteers investigated intermittent energy restriction (IER) in the form of a 2:5 diet (2 days of 65 % energy restriction per week). Researchers reported a 4.8% weight reduction and an 8% reduction in total body fat over one month. Fifty five percent demonstrated increased changes in lipid and glycogen synthesis and reduced markers of insulin resistance.