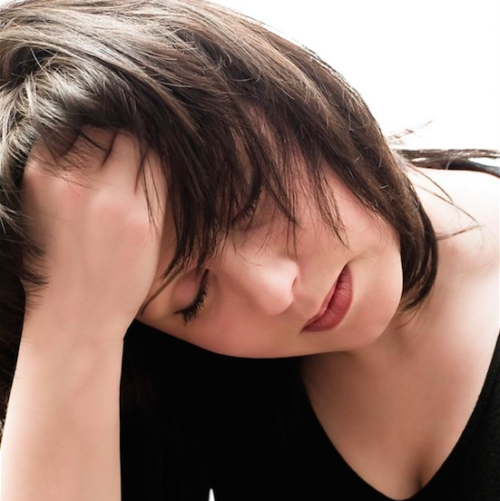 Chronic fatigue has profound effects on both physical and emotional well-being and can have a phenomenal impact on a patient’s quality of life, interfering with daily activities and having potentially devastating social and financial consequences [Thomas].

Fatigue is common and can have a number of causes, either on their own or more commonly in combination: 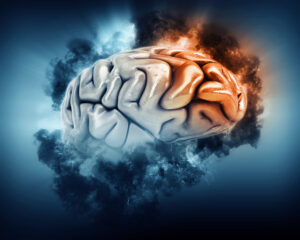 Post viral syndrome is common after covid and can include fatigue, brain fog and ongoing gut problems. It but can also occur after other viral infections. The strategies below can help some people whatever the cause particularly the emphasis on improving gut health. The major UK national study demonstrated a clear significant benefit, in terms of fatigue and overall well being for Yourgutplus+ a combination of lactobacillus probiotics with inulin and vitamin D and an even greater benefit if combined with Phyto-v a specifically designed phytochemical rich supplement... read more

Post vaccine syndrome: Vaccines, in statistical terms, are very safe and are a vital method to avoid serious infections not only for yourself but others around you. Some people, do have a chronic reaction against them which includes a chronic fatigue. A recent study published in the BMJ reported hat people with poor gut health are more likely to develop averse reactions to vaccines and at the same time, not get as much benefit. For this reason the probiotic covid vaccine study was designed as is currently recruiting in the UK … read more

Cancer Related Fatigue (CRF) has overtaken nausea and pain as the most distressing symptom experienced by patients during and after their anticancer therapies. Between 60 to 96% of patients report CRF during chemotherapy, radiotherapy or after surgery, and post-treatment fatigue syndrome has been shown to last for up to 12 months [Thomas]. CRF can even hinder a patient’s chance of remission or cure if it affects compliance with treatment [Wagner]. The precise aetiology of chronic or cancer-related fatigue is not fully understood, but researchers have linked it to  chronic inflammation and excess oxidative stress – so strategies to support anti-oxidant enzymes, reduce inflammation and reduce  oxidative attack on the body seem very sensible [Logan].

Medical treatments: Associated aggravating medical conditions should be looked into and treated if possible. The most obvious include anaemia, electrolyte imbalance and liver and renal failure, while drugs used for medical treatment such as opiates, antihistamines, anti-sickness medication and sedatives should also be investigated [Thomas]. Both medical conditions and certain drugs can cause symptoms such as anxiety, depression, nocturia, pain, restless legs, night sweats and pruritus, which can disturb sleep patterns and lead to fatigue in the day [Thomas].

In general, medical treatments for chronic fatigue have had limited success. Psycho-stimulants such as the amphetamine salts dextroamphetamine and levoamphetamine (Adderall), or methylphenidate (Ritalin), a drug licensed for deficit hyperactivity disorder and narcolepsy, have been shown to improve fatigue and concentration in the short-term but can induce insomnia and agitation with long term use, aggravating chronic fatigue syndromes [Yancey]. Caffeine is the most commonly used self-administered drug, but this only offers a short term fix, does not help chronic fatigue and often makes it worse by impairing sleep [Greenlee].

Integrative strategies (non-nutritional): Activities aimed at reducing stress such as relaxation classes, yoga and massage have been shown to improve sleep patterns when used in conjunction with other sleep hygiene strategies and help ease fatigue [Bower, Garssen]. Regular Qigong, a Chinese system of breathing techniques, posture and stretching has been shown to help in the management of fatigue [Chen, Deng], while therapist-delivered acupuncture and Cognitive Behavior Therapy has also been shown to have a benefit [Molassiotis, Price]. 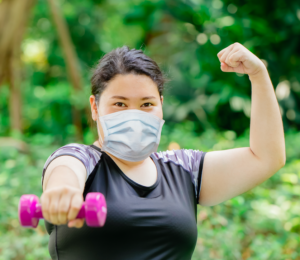 Exercise: Moderate, regular physical activity is particularly effective at helping manage chronic fatigue. The PACES RCT reported a significant reduction in fatigue among women who started a supervised, moderately intense exercise programme during chemotherapy [Van Waart], and a number of other RCTs have demonstrated how Graduated Exercise Therapy (GET) can play an effective role in resolving chronic fatigue. In terms of timing, exercise interventions do not have to wait until initial treatments have finished. 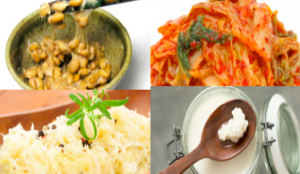 Improving gut health: An increasing body of evidence is showing us that poor gut health leads to fatigue, joint pains cognitive dysfunction, low mood as well as premature ageing and many chronic diseases in the gut and elsewhere in the body. have been a number of small but interesting studies evaluating the effect of probiotic bacteria on chronic fatigue. Various strategies can improve gut health including stopping smoking, taking vitamin D, exercising regularly, eating foods with healthy bacteria and food with supportive prebiotics – read more about tips to improve gut health. The role for supplements are discussed below. 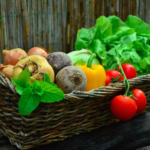 Nutritional strategies: Identifying and correcting food intolerances can improve fatigue as well as gut and associated systemic symptoms [Werbach, Manuel]. Correcting essential vitamin, mineral, fatty acid and amino acid deficiencies, or excesses has also been shown to help [Werbach, Manuel]. Shunning high glycaemic-rich foods, such as sugar and refined carbohydrates, especially on an empty stomach, can help fatigue by limiting sudden rises in blood sugar which prompt inappropriate insulin release and subsequent hypoglycemia [Werbach]. It is often difficult for people to identify added sugar in foods and juices, but numerous online recipes are now available which can inform a switch to slow-release carbohydrates via whole fruits, green vegetables, vegetable oils and nuts [blog.cancernet.co.uk].

Probiotics: The yourgutplus+ supplement was tested in a double blind randomised trial involving patients with chronic fatigue as part of their long covid syndrome. It demonstrated a significant benefit especially if taken for the longer term. Benefit which even greater among patients who were randomised to take the additional phyto-v phytochemical rich supplement [Read more]. In one study, Lactobacillus acidophilus  were given to patients with high fatigue severity scores and high disability scores. After four weeks, both health and physical activity improved when measured with Visual Analogue Scales and the SF-12 Health Survey [Sullivan A]. In another small randomised study involving people with fatigue and irritable bowel syndrome, bowel symptoms and emotional wellbeing improved within the probiotic group [Roa]. Although further trials are required to confirm these findings, the myriad of health benefits offered by probiotics means they should certainly be considered for use in treating fatigue. It is important to note they should be  from a trusted and reliable source  which produce capsules which have been tested for safety in ethically approved national trials. 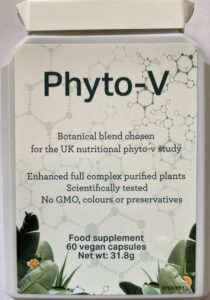 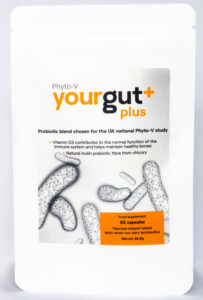 Vitamin D: Vitamin D deficiency  has been associated with fatigue and other unspecific symptoms including headache, musculoskeletal pain and weakness, depression and impaired cognitive performance. Avoiding vitamin D has numerous health benefits [Read more].  An early randomized controlled trial tested the effect of high-dose vitamin D3 on symptoms in chronic fatigue syndrome (CFS), but in this study  baseline Vitamin Deficiency was not required [Roy]. A more recently study which recruited people with fatigue and low vitamin D at the start showed a significant improvement in fatigue with vitamin D supplements compared to placebo [Nowak]. In considering the best Vitamin D supplement those which are combined with lactobacillus probiotics appear to be the most effective...read more

Ginseng (Panax quinquefolius) has long been used in traditional Chinese medicine as a natural energy enhancer. It can be added to meals or drank in teas but, in terms of scientific investigation, laboratory or clinical trials have concentrated it into nutritional supplements. Ginseng’s active ingredients, ginsenosides, have been shown in animal studies to reduce cytokines related to inflammation and to help regulate cortisol levels, both of which play a role in fatigue [Greenlee]. Its potential benefits for cancer-related fatigue in humans were investigated in a double-blind randomised trial which recruited 364 patients from forty US-based community hospitals. Participants took either a capsule containing 2000mg of ginseng (standardised to 3% ginsenosides) or a placebo. After eight weeks, a significant improvement in fatigue was seen among the group which had taken the ginseng supplement. It should be noted that this study used a whole root product, not ginseng methanolic extract commonly used in over the counter supplements and which has demonstrated estrogenic effects in breast cancer cell lines [King].

Supplements unlikely to have benefits

Guarana (Paullinia cupana), is a plant in the maple family that grows along the Amazon and is common in Brazil. Guarana is commonly used as a stimulant and contains about twice the amount of caffeine found in a coffee bean. It also contains theobromine and theophylline, stimulants that affect the central nervous system. Well-conducted RCTs evaluating Guarana have yet to be published [da Greenlee, Costa Miranda, de Oliveira Campos].

Carnitine is essential for mitochondrial energy production. Disturbance in mitochondrial function may contribute to or cause the fatigue seen in Chronic Fatigue Syndrome (CFS) patients. Previous investigations have reported decreased carnitine levels in people suffering from CFS. However, a meta-analysis of twelve of the best studies, published in 2017,  did not support the use of carnitine supplementation for cancer-related fatigue.

Various vitamins and minerals are only likely to help if correcting a known deficiency [Greenlee] confirmed by a micronutrient test.  Melatonin (0.5 to 3 mg, 5 to 8 hours before bedtime) has been shown to improve fatigue symptoms among people with Chronic Fatigue Syndrome with poor sleep patterns [van Heukelom], but its impact has yet to be investigated in patients post-cancer [Greenlee]. A small study of polyphenol-rich, sugar-free cocoa did demonstrate an improvement in the functional disability caused by fatigue, but further confirmatory trials are required [Sathyapalan]. 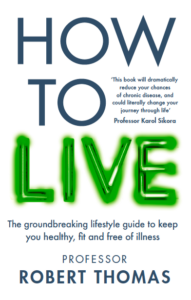