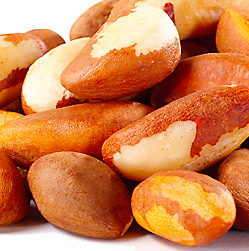 Selenium is a trace mineral that is essential to good health but required only in small amounts. It is incorporated into many proteins (selenoproteins) and enzymes which have important functions for the body. It is required to make, superoxide dismutase and glutathione which are important antioxidant enzymes. Reducing free radicals are natural by-products of oxygen metabolism that contribute to the development of chronic diseases such as cancer and heart disease. Other selenoproteins help regulate thyroid function and play a role in the immune system.

The recommended daily amount is 55 mircog/day. Serum levels are optimum between 1.0–1.9 micromols/L.

There is no doubt that maintaining adequate selenium levels, will have long term benefits for health and immunity. The Linxian area of China has particularly low levels of selenium and is renowned for its high cancer incidence. Fortunately, an interventional trial involving 29,584 adults, showed that a combinations of mineral and vitamin supplements including selenium reduced the risk of cancer after 5 years.

Plant foods and nuts are the major dietary sources of selenium. The content of selenium depends on the selenium content of the soil where plants are grown or animals are raised. Soils in the high plains of northern USA have high levels of selenium, whereas those in Asia, central Europe and China are very low in selenium. Selenium also can be found in some meats and seafood. Animals that eat grains or plants that were grown in selenium-rich soil have higher levels of selenium in their muscle.