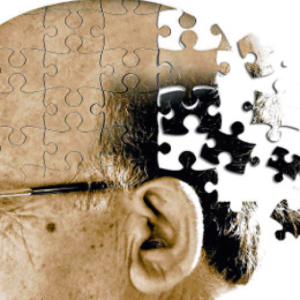 The official term for loss of brainpower is ‘cognitive impairment’, and it can manifest itself as a loss of memory and an inability to concentrate. While it is normal for brainpower to diminish as we get older, a number of studies have reported an accelerated reduction in intellectual ability (dementia) after surgery, chemotherapy or while taking hormone therapies. Although these changes are often temporary, with patients, in most cases, returning to normal after completion of cancer therapies, they can still be extremely distressing. One study, published in the Journal of Clinical Oncology, demonstrated that after a year of taking tamoxifen, women scored lower on tests of verbal memory functioning and other cognitive skills than before they started treatment. Fatigue or drugs such as painkillers, sedatives and antidepressants, can also exacerbate the loss of brainpower, while the disruption cancer causes to an individual’s daily routine, and the loss of intellectual stimulation which comes from being unable to work and socialise as normal, can also be problematic.

What can you do to help?

Avoid toxins: Alcohol, recreational drugs and smoking are the obvious sources of unhealthy chemicals capable of crossing the blood-brain barrier and affecting neurological function. The page on carcinogens outlines the impact of various drugs and their multiple hazards.

General exercises: Exercise will improve circulation and increase the oxygen supply to the brain, helping remove built-up toxins, while getting out of the house will also provide some much-needed stimulation. Try to avoid long periods of sedentary behaviour. Do some physical activity every day and find time to do something more strenuous, such as an exercise class, three times a week.

Brain exercises: The brain, like a muscle, gets stronger with use. Social interaction helps to stimulate the mind, especially when engaging in interesting conversation. Learning something new, or writing in a diary, will help you to think more creatively, improve your memory and enhance your ability to make logical connections. Singing is particularly effective at exercising the cognitive processes originating in the right side of the brain. I’m sure you have noticed that it’s easier to rhyme when singing than when just speaking or writing. This is because the right side of the brain is better at pattern recognition, and also accounts for the phenomenon that stutterers can stop stuttering as soon as they start singing. Various brain exercise tools are now available commercially – ranging from crosswords, Su Doku and riddle books to electronic brain-teaser gadgets. Imagination exercises have also been shown to improve brain power and can be performed anywhere. Imagine different rooms of the house and how they would look if decorated differently or, while looking out of the window, try to imagine how it would look during different seasons or when covered with snow.

Diet: Find out if you have any food intolerances, particularly to gluten which can affect the brain as well as the gut. Eat more fish, pulses, whole rice and beans, while consuming less meat (see examples). Studies have reported that increased consumption of total polyphenols was positively associated with improved memory in middle-aged and elderly subjects who had started developing cognitive issues. The anthocyanin group of flavonoids have emerged as being particularly potent. These are found in red, purple, or blue foods such as pomegranate blueberry, raspberry, tea, black rice, and black soybean. In the Nurses’ Health Cohort, greater intake of blueberries and strawberries was associated with slower rates of cognitive decline, with a high intake of soft fruits estimated to delay cognitive ageing by up to 2·5 years.

Gut health: Having poor gut health causes bowel problems such as bloating and colicky pains. It also causes problems outside the gut such as fatigue, depression and dementia. Encouraging a healthy bacteria flora is reported to improve cognitive function, so consider a good quality probiotic supplement.

Psychological well-being:  In some cases, brain function or recovery after chemotherapy is hindered by anxiety or a pre-occupation with unconstructive thoughts. The relaxation tips highlighted in the anxiety section of this website are particularly useful and can help you dispel negative thoughts. When you are conscious of these thoughts, they can often be resolved by discussing them with friends, relatives or your medical team. If not, meditation or psychological counselling may be useful.

Summary – advice to improve your brainpower