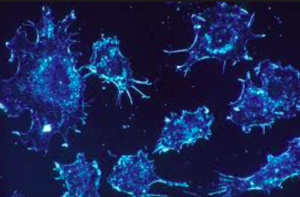 Our bodies primarily use sugars broken down from carbohydrates for energy, but if sugar levels drop in the bloodstream, cells use fats and, if needed, proteins. The biochemical pathways responsible for energy are ultimately responsible for the formation of a chemical called adenosine triphosphate (ATP), derived from adenosine diphosphate ADP. These pathways are also involved in the formation of a chemical called reduced nicotinamide adenine dinucleotide (NADH). When either ATP or NADH are then broken down, energy is released – they are essentially the fuel for cells.

The energy used by human cells requires the metabolism of 100 – 150 moles of ATP daily, which is around 50 to 75 kg. A human will, therefore, typically use up his or her body weight of ATP over the course of the day. The process of producing these energy-storing molecules is called cellular respiration. The three phases of cellular respiration are: 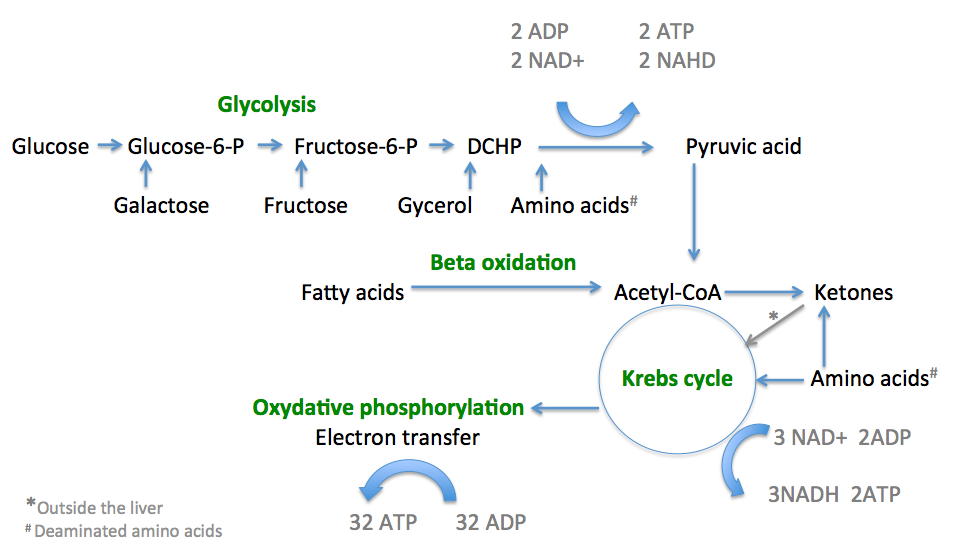 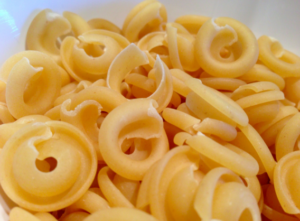 Glycolysis is the metabolic pathway which converts glucose, galactose (from milk), fructose (from fruit) and glycerol (from triglyceride fats) into pyruvic acid. The pyruvic acid generated enters the next stage of cellular respiration known as the Critic acid (otherwise known as the TCA or Krebs cycle). Glycolysis is an oxygen-independent metabolic pathway, meaning it does not use molecular oxygen for any of its reactions. When molecular oxygen is present under normal breathing conditions (aerobic respiration), pyruvic acid enters the Krebs’s Cycle. If no oxygen is available (sprint training or hypoxia due to respiratory illnesses), the process is said to be anaerobic, in which case pyruvic acid is fermented into lactate (lactic acid). Lactic acid can be used as an energy source by heart, but it is generally converted back to pyruvic acid when oxygen becomes available again. 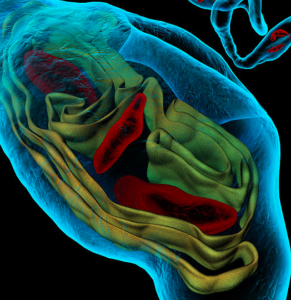 When oxygen is present, acetyl-Coa is produced from the pyruvate molecules created from glycolysis. Acetyl-CoA then enters the Krebs cycle inside as structure called the mitochondrial and is oxidised to form carbon dioxide and water while at the same time producing NADH from NAD+. When oxygen is present, the mitochondria will undergo aerobic respiration which leads to the Krebs cycle. However, if oxygen is not present, fermentation of the pyruvate molecule will occur.

The monosaccharides glucose, fructose and galactose are the body’s preferred primary source, but in times of fasting, it can easily use fats instead. If starvation has set in, proteins can be used, although this essentially amounts to the body eating its own muscles. This is commonly seen in severely ill patients who have had trouble eating or absorbing food for some time – a state called cachexia. Ketones can be used by cells outside the liver and some cells can even use lactic acid. 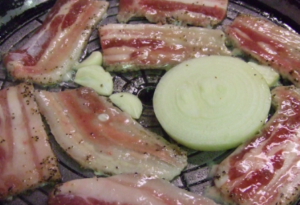 Fats (lipids) are stored in adipose tissue, usually as triglycerides. They are composed of glycerol and fatty acids which can be broken down in a process known as lipogenesis. Eating excess calories leads to more fats being made and stored between muscles and under the skin. Conversely, when we eat less, levels of both blood glucose and insulin fall, and production of a hormone called glucagon increases. This stimulates the release of triglycerides from the adipose stores and its breakdown into glycerol and free fatty acids (FFA). Glycerol then enters glycolysis to produce pyruvic acid which, if oxygen is present, then enters the Krebs cycle. Fatty acids are changed, via a series of reactions called beta-oxidation, into ketones. The enzyme carnitine is important in this process, as it is also increased by glucagon and enhances the utilisation of FFA by increasing their transport into the mitochondria of cells where the conversion to ketones then acetyl CoA occurs. Cells can happily utilise sugar or fatty acid throughout the day depending on the timing of meals and the amount of sugar in the bloodstream. 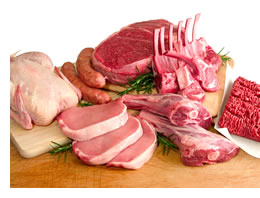 When protein is eaten, the body breaks it down into individual amino acids before it can be used by the cells. Most of the time, amino acids are recycled and used to make new proteins, rather than being oxidised for fuel. However, if there are more amino acids than the body needs, or if cells are starving, some amino acids will be broken down for energy. In order to enter cellular respiration, most amino acids must first have their amino group removed in a process called deamination. A toxic by-product of this step is ammonia, which the liver converts to urea and uric acid by adding carbon dioxide before it is then filtered and excreted by the kidneys. Once the amino acids have been deaminated, some glucogenic products can enter glycolysis while others are degraded directly into acetyl CoA and ketone bodies. 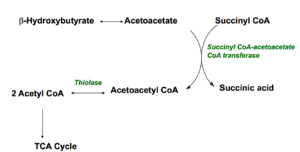 Ketones are produced when the body burns fats or proteins to produce energy molecules. They are also produced when there is not enough insulin to help your body use sugar for energy, such as during an uncontrolled type 1-diabetic crisis. As mentioned above, fatty acids are changed via a series of reactions called beta-oxidation into ketones, then acetyl CoA molecules, which enter the Krebs cycle to produce energy molecules. The three main ketones are; Acetone, B-hydroxybutyrate and acetoacetate.

Acetone is volatile and excreted in the breath, while B-hydroxybutyrate is converted to acetoacetate. To understand why this mechanism is a survival advantage, it is important to note that liver cells lack the enzyme (Succinyl CoA transferase) which concerts ketones to acetyl CoA. Instead, ketones are released into the bloodstream, enabling them to feed other tissues such as the brain, muscles and heart. In these tissues (which have the enzyme) the ketones are converted back to acetyl CoA, which then enters the Krebs cycle to produce energy.

The difference between normal and cancer cell energy utilisation

Normal cells fluctuate between using sugars or fatty acids depending on blood sugar levels, degree of oxygenation and rate of proliferation required. Usually cells slow glycolysis in the presence of oxygen and low blood sugars, and favour oxidative phosphorylation (OXPHOS). Likewise, when blood sugars drop, they switch to fatty acid metabolism, which by-passes glycolysis. In normal conditions, the cell metabolism consumes energy, of which 70% is supplied by OXPHOS. In hypoxia, however, glycolysis becomes enhanced to compensate for the weakened function of OXPHOS. Glycolysis and OXPHOS essentially cooperate to maintain the cellular energetic balance. Cancer cells appear to lose this regulation and favour glycolysis, despite falling blood sugars. This aerobic glycolysis was first observed by Otto Warburg in the 1920s and was initially thought to be an Achilles heel for cancer cells and a target for drugs and nutritional strategies such as the ketogenic diet. This view, however, has been challenged by recent investigations, which found that the function of mitochondrial OXPHOS in many cancers is intact and cancer cells can switch from one to another with ease depending on the level of oxygen and other cellular conditions.